Tapping Into the Pulse of Marketing Data With Visualization

Visualization makes it effortless to connect the dots between disparate data points. For marketers who must repeatedly ask loaded questions, visualization can help cut through the pile of raw data standing in the way of getting those questions answered.
Author

Tapping Into the Pulse of Marketing Data With Visualization

Visualization makes it effortless to connect the dots between disparate data points. For marketers who must repeatedly ask loaded questions, visualization can help cut through the pile of raw data standing in the way of getting those questions answered.

Chances are you’ve heard the phrase “a picture is worth a thousand words.” What you may not know is that depending on the context, this can be somewhat of a misleading statement.

Hear us out. The human brain is hardwired to ingest images 60,000 times faster than text, accounting for 90 percent of the information we process every day being visual. These numbers make a convincing case as to why a picture deserves a little more credit than just a thousand words.

But we didn’t dig up a century-old proverb to nitpick on its statistical shortcomings. Instead, we wanted to highlight how the sentiment behind the phrase has never been more apropos for marketers who are left to stay afloat in an expanding sea of complex data every passing day.

Clive Humby was onto something when he proposed data as the new oil to his fellow c-suite executives at the 2006 Association of National Advertisers (ANA) Master of Marketing summit. A decade and a half later, his prediction came to fruition as data completely superseded introspection and guesswork as a bottom line for marketing success.

What makes Humby’s foresight truly impressive, however, isn’t the eventual rise of data as king in advertising. It’s more so the fact that data, just like crude, is practically useless in its rawest form.

To elaborate, oil goes through a refining process before hitting the pumps. The same goes for raw data. It needs contextualizing and must be broken down first into something more structured and ultimately actionable.

This is where visualization comes into the picture. Once the datasets have been cleaned and standardized, visualization steps in as the last critical step of the refining process to remodel them into intelligible graphics that put actionable new insights on full display.

Harnessing the power of visualization

Take a second to absorb the contrast between the scatterplot and Excel spreadsheet. The difference should be rather stark unless you happen to be a secret mathematical or data science mastermind.

Seriously, to the eyes of an average Joe, the table up top appears as a random concoction of numbers that tell nothing substantive. On the other hand, the scatter plots make plain the positive correlation binding the variables together right from the get-go.

That’s the power of visualization. It harnesses the ability to unlock hidden patterns, making it possible to connect the dots between disparate data points at once. For marketers who must repeatedly ask loaded questions such as which acquisition funnels lead to conversion, which time of the day are prospects most active, and the like, visualization can help cut through the pile of big data standing in the way of getting those questions answered.

And the best part? Visualization knows no boundaries. Whether it’s your team, board members, or external stakeholders, presenting data through graphics primes even the most boring of datasets to be readily processed and utilized regardless of who’s on the receiving end.

As wonderful as visualization is, figuring out which type of visual aid would best represent the dataset can get tricky. And going with a suboptimal choice is hardly an option when doing so carries the risk of confusion or worse, misinterpretation.

Thanks to Dr. Andrew Abela who put forward a comprehensive diagram on picking the right chart for different types of data, choosing a visual can be boiled down into four basic criteria:

With these criteria in mind, use the following overview as further guidelines to single out the visual aid that’d best serve your needs:

A column chart (a.k.a. bar chart) refers to a graphical representation in which vertical bars – the height of each proportionate to the category it represents – run across the chart horizontally.

Nine times out of ten, a column chart will do the trick if you’re looking for a side-by-side comparison of 10 or fewer items.

What if you have more than ten datasets to be stacked against another? A line chart is your best bet.

Unlike the column chart, a line graph runs a line through a series of dots.

While it’s best known for highlighting the ups and downs across various data points, a line chart can also effectively compare the trends between different metrics by plotting multiple lines in a single chart.

A scatter plot is all about mapping out the correlation between two datasets. Also known as the cause-and-effect diagram, a scatter plot can help you see whether a set variable influences the other and which direction (positive or negative) the correlation is running towards.

Imagine if bar and line charts were mashed into one. It’d look just like an area chart.

There’s nothing vague about an area chart. It’s just a line chart with shading underneath. But its use case is far more profound.

Namely, there’s nothing like an area chart to see how each component came to add up to a total over a set period.

Sometimes, you have to let regions do the talking instead of numbers. That’s where a choropleth map comes in.

It’s what you want to use to give data a geographic layer. Think twice if you have more than one variable or absolute measurement in hand, though. As valuable as it is to elucidate a regional pattern within a dataset, choropleth won’t help much to unlock the correlation between multiple values, particularly for ones without a point of reference.

A Gantt chart provides a bird's eye view of a project by stacking bars labeled with different tasks in a graph that displays time series on the Y-axis.

Summaries, task priorities, significant milestones, you name it. All you need or like to know regarding the project scope, best believe sir Gantt has it.

The best part? Visualization tools running on machine learning models update charts in real time. Meaning, you’ll be able to track project progress live without having to run left and right to get a status update from everyone involved.

The first thing data analysts or data scientists think when they hear heatmap is density. Nothing comes close when it comes to visualizing the volume and compactness of variables within a dataset. But there’s more to a heatmap than just that.

What’s so often overlooked is its ability to communicate data values. The colors and different shadings that make up a heatmap add an extra layer of intuitiveness that brings key insights to the fore.

Don’t let the appearance fool you. At an initial glance, a heatmap looks like a bar graph squeezed to fit a tighter space. But the two are, in fact, dramatically different.

For starters, the purpose of a histogram isn’t a comparison. It’s for measuring the underlying distribution of a continuous variable. This is huge for marketers who must stay on top of pain points as outliers in a histogram often indicate issues dragging down campaign performance.

A pie chart is used to deal with categorical variables to see how the total amount is split amongst them. It provides a general sense of the part-to-whole relationship that comes in handy when you want to find out the most and least effective channels for driving visitors to your website.

And the name pretty much speaks for itself. A treemap is essentially a data tree made up of nested rectangles. The size of these rectangles is proportional to the value, which makes it easy to see how much of a contribution each data category is yielding. Different colors are sometimes used to denote whether the number is positive or negative.

There’s nothing like treemaps for figuring out the hierarchy of different categories within a dataset. If you’d like to gauge the impact each channel or touchpoint has on conversion, treemaps are certainly worthy of consideration.

Perhaps the newest addition to the data visualization stack, a word cloud refers to a cluster of words displayed in different colors and sizes. It’s a nifty, interactive data visualization tool to visualize how the audience thinks about a given topic and discover the best and worst keywords when it comes to traffic generation.

All said and done, visualization is the present and future of data analysis and data-driven decision making. The good news is, with all you’ve seen and read so far, you’re ready to get the most mileage out of visualization techniques.

But if there’s anything you’ve learned from this post, it’s that images speak much louder than words. So, without further ado, head on over to Adriel’s business intelligence dashboard and play with different graphs and interactive features to see the magic of visualization for yourself.

Share article
Share this article on your favorite social platform!
The Definitive Guide to AdOps
How to power the next wave of digital marketing
Download for Free 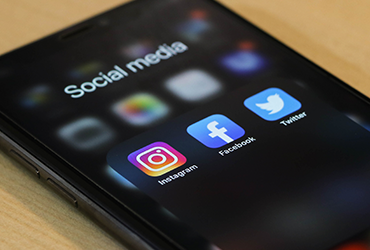 Marketing Tips
7 min read
What is a Lookalike Audience on Facebook?
Read more 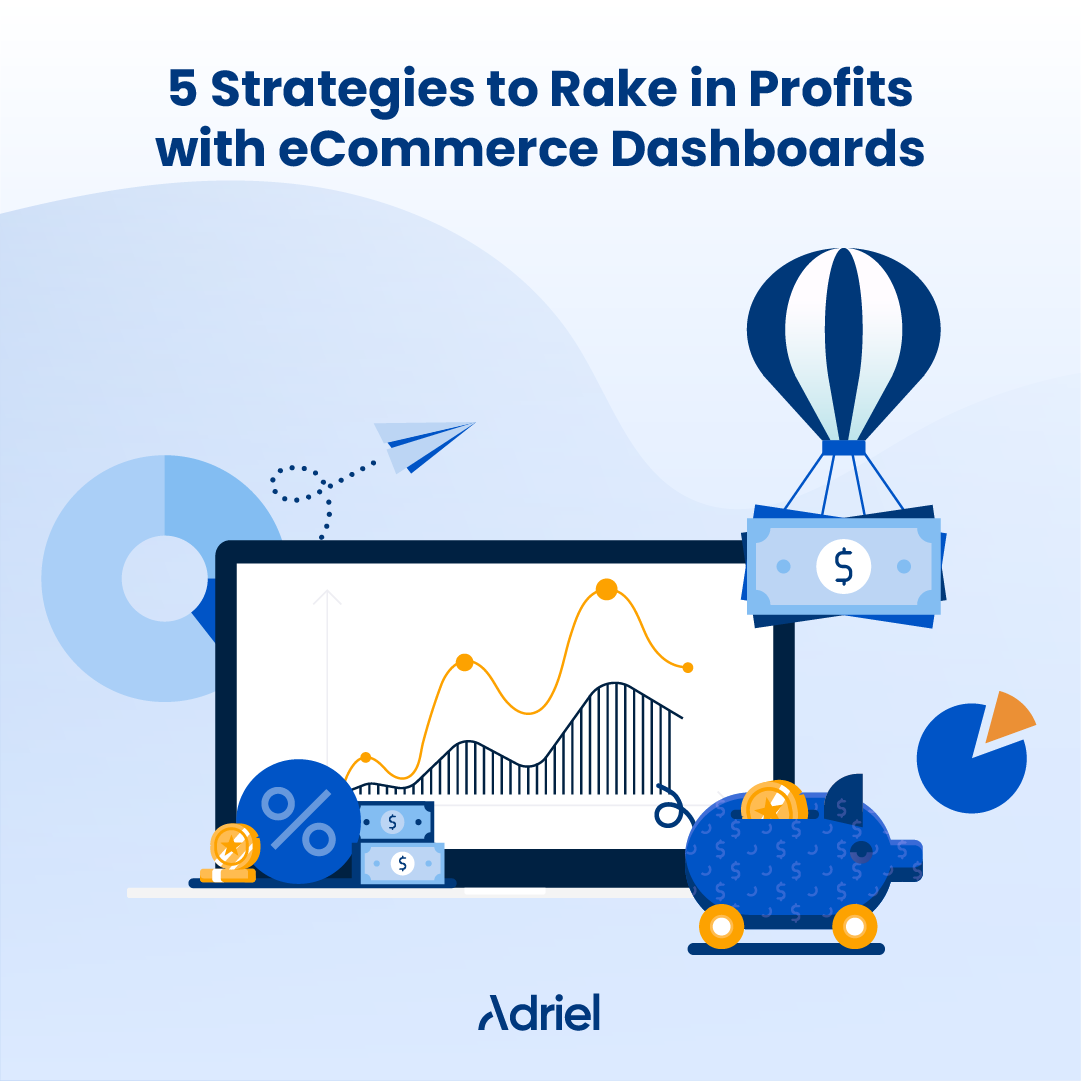 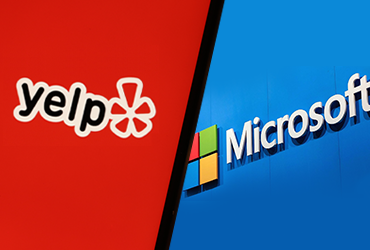 Step up your marketing game!

Subscribe to our newsletter to get marketing tips, guides, and updates delivered straight to your inbox.
Please input a valid work email.
You're all set! Thanks for subscribing.
Oops! Something went wrong while submitting the form.
Your privacy is safe with us. Here’s our privacy policy.